Dear Muslim Friend, How Can I Trust You? 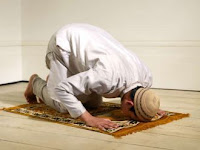 My subject is not an easy one for many reasons and, frankly, might come as a surprise to some of my readers, especially those who know me on a more personal level.  Furthermore, I realize that I have a lot of readers in predominantly Muslim countries and some of the things I will be addressing might be a bit hard to hear.  So let me say to any Muslims who might read this - this is the display of an honest question, not an attempt to defame you.

To begin with, I have taken a lot of flack over the years for not going along with the philosophy of some political Conservatives and religious Fundamentalists in calling for a ban on the practice of Islam in the United States.  In fact I have received quite a few hateful responses from some of your more loving Christians because I have wholeheartedly and publicly condemned the defacing of Mosques, public burning of the Quran and the call by some on the fringe radical right for the mass deportation of Muslims based strictly on their religious beliefs.

I have studied Islam perhaps as much as any non-Muslim with a healthy interest in the subject.  My study of Islam has involved my own personal reading of the Quran, researching early Islamic scholars on particular subjects and one-on-one conversations with Muslim clerics and followers.  In doing so I have gone above and beyond in an attempt to discover what Islam really is as both a religious and philosophical system.  And, while this might come across as bragging, let it be known that I most likely have a better practical knowledge of the subject than the vast majority of the Social Media Warriors fighting a holy war against that which they know nothing about beyond a few blurbs and soundbites from fake news websites.

One of the subjects that is brought up frequently is a principle of Sharia Law called Taqiya.  The definition of Taqiya that is most often given by "Islamic detractors" is that a Muslim is permitted to lie as long as the lie furthered the cause of Islam.  That is a definition that just seemed dramatically oversimplified and unreasonable.  After all, on multiple occasions the Quran condemns lying and liars as enemies of Allah and worthy of eternal damnation.  This same tone is carried over into the writings of early Islamic scholars and Tafsir (authorized Quranic commentary).  So how can the assertion be made that Taqiya grants immunity to a Muslim who lies to further the cause of Islam when the Quran and Tafsir agree together that lying is a sinful and damnable act?

If the Quran is taken alone, it is very difficult to make an argument to validate the belief that Muslims are allowed to lie.  Furthermore, the Quranic commentaries would agree with the Quran on that point.  But the problem arises when we try to define what lying is and isn't in the Islamic moral system.  In conversations with Muslims I have been reassured over and over again that lying is not permissible.  Then I found myself in online Muslim chat forums immersed in an atmosphere of predominantly devout followers of Islam and discovered that deception and lying are not considered to be synonymous terms.  For example, a Muslim who wants to go to the Mosque to pray but is forbidden to do so by a non-Muslim may take a piece of paper upon which is written, "the Father, the Son and the Holy Spirit," give it to the non-Muslim and claim an apparent allegiance to Christianity if it will cause the non-Muslim to relent in allowing attendance to prayer.

But the Sharia Law of Taqiya runs deeper than merely providing an excuse to go to prayer meeting.  To begin to understand Islamic jurisprudence, one has to remember that the Quran is not the "be-all-and-end-all" text.  The Quran is, according to Islam, the Word of God.  To understand the Quran more thoroughly one also must consider the Tafsir (Quranic commentaries).  But to really put the Quran and the Tafsir into perspective, one must go further and study the Hadith.  Hadith is an accepted contemporary report of the life, habits, words and actions of the Prophet Mohammad.  What is more, it should be remembered that the vast majority of Muslims accept Hadith as legitimate and necessary for understanding the intent of the Quran and the Tafsir.

Ibn Shihaab, one of the narrators of Hadith, said that the Prophet Mohammad had taught that lying was not lying as long it was done in a time of war, in order to bring reconciliation or between a husband and wife.  This is also confirmed by Imam Ahmad who quoted Umm Kalthoom bint ‘Uqbah as saying, "I never heard the Messenger of Allah grant a concession allowing any kind of lying except in three cases: a man who says something intending thereby to bring about reconciliation; a man who says something at the time of war; and a man talking to his wife or a woman talking to her husband."  This is accepted by the system of Sharia Law and classified as Taqiya.  In other words, it is perfectly legal to lie in Islam under certain circumstances because, in those circumstances, it is not considered lying.

And so I have to come back to my Muslim friends and ask a very serious question, "How can I trust you?"  You say you are a religion of peace and have no desire to harm me, my family or my country.  But how can I believe that?  What if you are committed to Jihad (holy war) against me already?  If I ask you, you will deny it, but your religious and moral code says it's okay for you to lie to me in a time of war.  How can I trust you?  I have absolutely no desire to see American Muslims stripped of their 1st Amendment rights.  At the same time, how can I believe any statement from any Muslim in any regard when, in at least three cases, lying just isn't considered lying?

Please hear me very clearly - this is not Islamophobia.  I am not afraid of Muslims or Islam.  As a Christian I know that I have nothing to fear in this life.  I am not afraid of ISIS or any other Jihadist group nor is it my intention in this article to belittle, bash, condemn, marginalize, castigate or otherwise discriminate against Muslims.  Instead, I would like to submit the question here as I have to various Muslims in the past:  If it's okay to lie, how do I know you're not lying to me now?  And even when a Muslim has given me a very good, clear, thorough, logical, sensible explanation of why I should believe them, how can I know that the answer isn't just another justifiable lie?

There is no hate in my heart toward any Muslim anywhere.  None whatsoever.  What a miserable Christian I would be if I hated any of my fellow man.  There is no hate or fear, but there is very real concern.  Because, if it is true that a philosophy of "the end justifies the means" is woven tightly into the fabric of Islam, how can I trust a Muslim?  And if it is so, as the Quran says in Surah 39:3, that Allah does not guide him aright who is a liar and, as in Surah 3:61 and 24:8, that the curse of Allah is upon the liar, how can a Muslim escape the horrible damnation of contradiction?